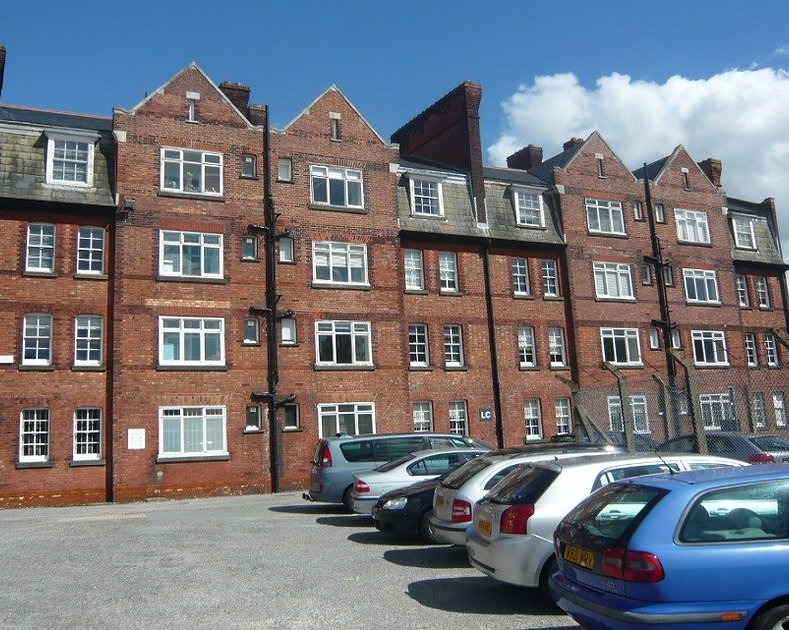 Milldam is only tangentially related to the mill in its name, which was sited a little south and east of the School; it is, in fact, located where the dammed waters that powered the mill would have been.  The waters were gradually filled in, partly through natural processes and partly through the works that extended the railway line from the town centre to the harbour.

Apart from the Grade II listed section on the north-east side, which was a nineteenth-century poor school, much of Milldam’s history is actually related to the military.  It was used as a gathering space for local militia since at least as far back as the Napoleonic Wars, after which it became a Royal Engineers barracks until 1969, when the Army put the building up for sale and the then-President identified the building’s potential for the university.

The city took over the office of the Chief Engineer, which became the Registry Office, while the rest of the buildings were shaped into the SSHLS space that they now are.

After the University’s purchase of the building, the rooms were rapidly converted into studies, offices and teaching spaces.  This has improved the facilities available to our students and staff, particularly with further renovations and developments in the late 1990s.  We may have lost some cast-iron fireplaces and an imposing doorway to the largest room, but we have gained lifts, lecture theatres, and welcoming reception areas, not to mention a specialised news room for our journalism students and – as of 2010 – the newly installed Milldam Student Centre.

Echoes of Milldam’s history are still visible. The labelling of the buildings, to help you navigate, has been carried across from that period, and the grassy quad was previously a parade ground. In 2012, as part of a series of ongoing refurbishments, the quad was updated to make a more pleasant outdoor space. Raised flowerbeds made from wooden railway sleepers were added, along with twenty new benches so that staff and students can enjoy sitting underneath Milldam’s many trees.

All works were carried out in time, on budget and to a standard which exeeded our clients expectations.