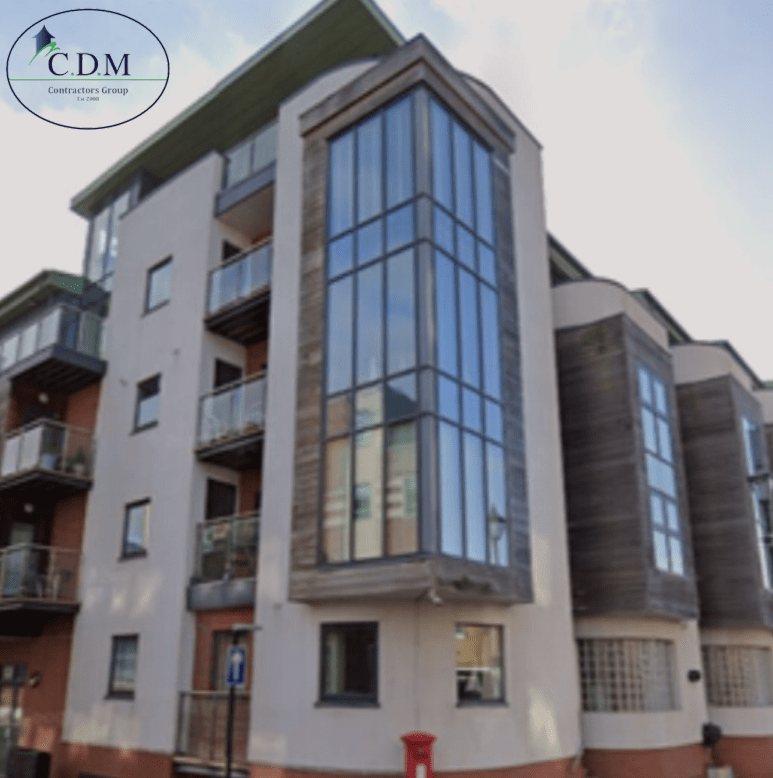 Seagers Court is managed by Cosgroves, who recommended CDM Contractors to the directors.

The residential block is located next to camber docks in Old Portsmouth with views overlooking Gun Wharf Quays.

Example of a service cupboard, fire stopping carried out.

Due to failings from the company that built Seagers Court, lots of the passive fire protection wasn’t in place which meant CDM were tasks with retrospectively installing this, in some very tight places.

We had to work with numerous residents to arrange mutual times to access their storage areas to carry out the works.

CDM Contractors were instructed by Seagers Court to carry out the passive fire remedial works picked up during the FRA.

This included fire stopping works within the riser cupboards, installing intumescent pipe collars within the underground carpark and carrying out maintenance works to the existing fire doors.