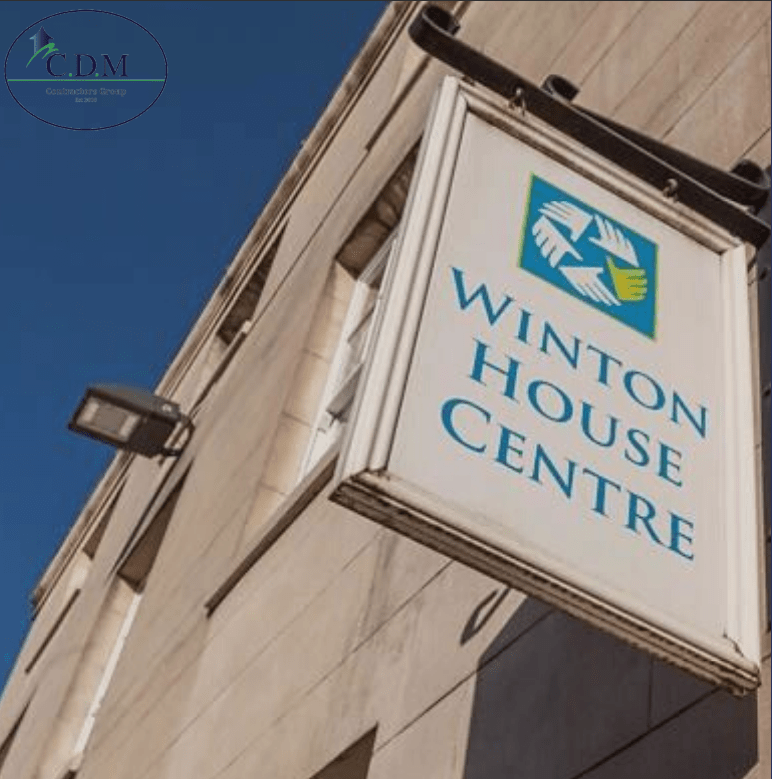 Built around 1590, Winton House Centre is a Grade II listed building with an incredibly rich history.

Winton House Centre was formed in 1980 by Chairwoman Joyce Perry and transferred from Hylton Road to the High Street in 1982. It was formed to provide shared premises for several local charities and was a hub for sharing local information, especially for the elderly and those in need of support.

The Pop-In Tea Room evolved from the amount of people coming in each day and soon began to be open daily to the public. Age Concern were one of the first charities to be housed at Winton House and are still based here.

The ground floor houses the Winton Room, Courtyard Rooms and the Information Desk from which many services and activities operate, whilst the upper floors are private flats which provide an income stream for the charity to operate.

We had to work with the surveyor to be able to design a kitchen layout fit for a commercial tearoom and to be user friendly for older members of the trust.

On this project we were appointed by Winton House trust to carry out a kitchen refurbishment project working alongside Philips Surveyors who carried out the scope and design.

Having worked with Winton House Trust previously on an office refit, they knew the level of service and workmanship they would receive by appointing CDM Contractors for the job.